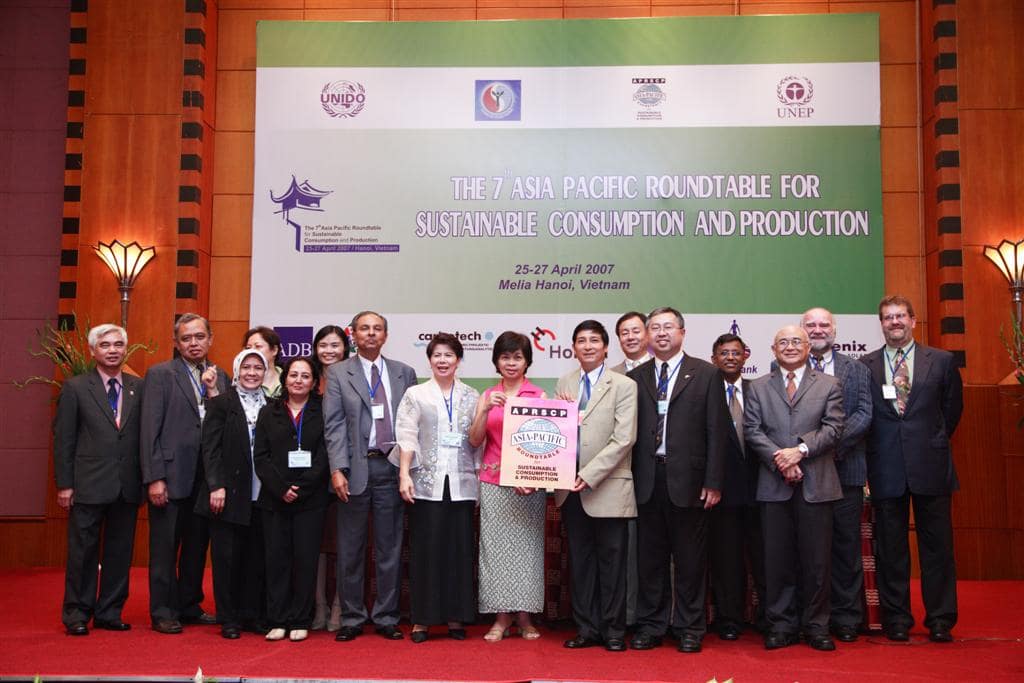 Partners: UNIDO, UNEP, Vietnam government, Carbotech, VCEP, Holcom, ADB, Phoenix Solar, Rabobank and Private Sectors At the 7th Asia-Pacific Roundtable for SCP in Hanoi, Vietnam (April/2007), a special session on the Marrakech Process was organised to establish a dialogue among different stakeholders on policies and initiatives to accelerating the shift towards SCP. During the Stockholm International Meeting, the Asia Pacific Roundtable expressed their interest in joining the efforts of the Marrakech Process and offered to organise a meeting on SCP, which was held in Cebu, Philippines, September 2008.